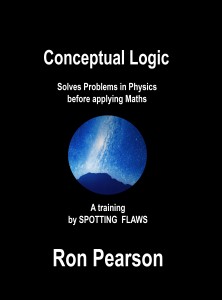 18 Flaws in Physics are identified and corrected. A training in Conceptual Logic results without using maths. This book contains challenges to test yourself so you can improve your skills. It provides the skill needed prior to doing any maths. In fact this PART I gives the basics for providing a simultaneous solution to two major problems for which no others yet exist. These are the so-called ‘Problem of the Graceful Exit’ and ‘Dark Energy’. The former still invalidates the big bang theory that purports to describe creation of the universe and the latter shows why the expansion of the universe is speeding up. 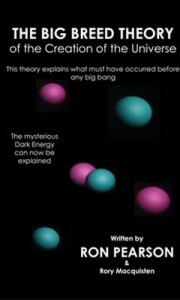 For the lay reader this book shows, by many illustrations and simple explanation, how the Dark Energy Mystery was solved by the Big Breed Theory. Dark Energy is assumed by cosmologists as an explanation for the discovery that the expansion of our universe is speeding up instead of slowing down as they expected from the theory of creation described by the big bang. The latter, however, suffers from a hopelessly wrong prediction that gives a rate of expansion billions of times too high. We show how the Dark Energy Mystery was solved as spin-off due to solving the big bang’s major problem.

The booklet is intended as a primer to beginning to understand Ron Pearson’s theories on the creation of the Universe. It is a ‘must read’ before embarking on reading Dark Energy Mystery Solved as it defines several key points that need to be taken on board before understanding in greater detail can come about with the next book. 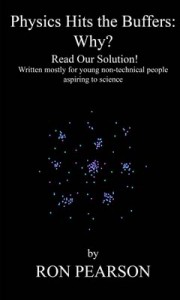 The author shows why, twenty years ago, he saw physics was going wrong.

This book is especially written for people who absolutely refuse to accept the possibility that some areas of science today may have gone off track and down a dead end line of research. This book covers the history of science from the ancient Greeks to finally showing why things went wrong. Then more detail is provided about the new theories, which provide the required solutions. They show how a structure could emerge from the void and then create matter out of itself. This is a new kind of ‘big bang’ that eliminates flaws in the existing theory. This again is written as a popularisation with no maths but some equations are quoted. An understanding of this book should excite the reader who wants to dig even deeper. CREATION SOLVED? is provided to satisfy this desire. 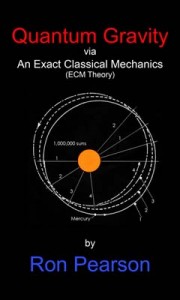 This Exact Classical Mechanics (ECM) theory starts from quantum compatible assumptions yet matches all the achievements so far considered unique to Einstein’s theories of special and general relativity.     Euclidean geometry and universal time are now assumed yet the same predictions of clocks slowing due to speed and gravitational effects appear. There is no ‘time dilation’, instead mass increase and magnetic effects of the moving charges in atoms cause clocks to lose time. A background medium (space) exists through which light propagates without reference to observers, so making this an absolute theory. By considering the increase of energy E, caused by the acceleration of an object, initially at rest in space, the equation E=mc2 is derived showing that c is the ultimate speed where mass m increases to infinity. Absolute speed: is measured from ‘local space’ with space being a fluid having a velocity structure on the large scale. Space has a higher mass-density near objects than at greater distance and this replicates the effects Einstein puts down to ‘curved space-time’. The speed of light increases as the mass density of space reduces and these two effects replicate the other predictions of general relativity: light bending, the Shapiro Time delay and the perihelion shift of Mercury. 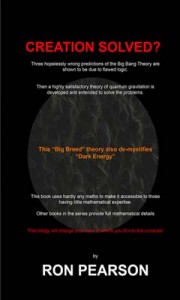 This book offers a flaw-free alternative to the big bang. Flaws in the original logic and misuse of ‘potential energy’ are covered. The mechanics are applied to yield a new Big Breed theory of creation. Two kinds of particle, made of opposite energies, emerge from the void to both breed and mutually annihilate. The net result is a growing seething mass that develops and self-organises by the power of energy fed chaos. Then the universe of matter is deliberately created using abstract waves as we use numbers. This book shows how physics has lost its way in more detail. By restoring lost expertise from an allied discipline many vexed questions are resolved. The way ‘opposed energies’ have creative properties is explained and the effects on cosmology are summarised. Appendices describe Newton’s mechanics and give an introduction to the calculus. This book is an essential primer for introducing the maths for those wishing to study the derivations in the Quantum Gravity & Dark Energy Mystery solved books. 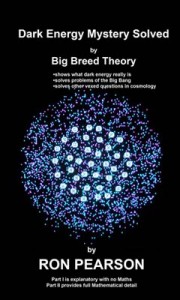 Lost expertise resulted in a Big Bang theory predicting a rate of expansion of the universe billions of times too high. Also mysterious Dark Energy was invented to explain why the expansion was speeding up. PART I of this book describes, without maths, how this mystery was resolved. It resulted from a solution to the first problem showing what Dark Energy really is! PART II provides full mathematical detail. New opposed energy dynamics shows how a small net creation can emerge from the void to provide self-creation. A slowly accelerating expansion of the universe is the predicted result. Also, for the first time, a theory is provided able to predict the size of the universe. A new factor adds a massive extra red shift of starlight resulting in greatly reduced estimates for velocities of recession. Six proposals for new research are identified some of them being of Nobel Prize potential. For example, one for a super-computer should confirm the self-organising power of an emerging background structure.